Well, I started this the other day, and by golly, for as long as it is going be called A “War on Christmas,” by (and let me emphasize this) EXTREME RADICAL Christians, I will lend my voice to the less vocal rational side of this argument (there is a vocal IRRATIONAL opposition to this, but that is not from where I speak).

I am not complaining about “Christmas,” nor those that want to “Keep the Christ in Christmas.” I fully support and even agree with those people. If you are going to celebrate a holiday, at least remember WHY you are celebrating it. (And just for the record, I personally celebrate Christmas. But I do not expect to push my views on others).

I guess, what I really want to know is whether or not these same people have heard the phrase, “Season Greetings” or “Happy Holidays” before? If not, what rock have they been under. These are not new. They weren’t just made up in order to “steal Christmas”

But there is the catch, and here is where the “War” comes in. Those people that will not shop at Wal-Mart, Sears or Target or other retailers because unless is says CHRISTMAS specifically in their flyer they are going to boycott the stores. This is about Bill O’Reilley from Fox News that looked to stoke this fire more by “rooting out” every retailer that has chosen to use a “Holiday” Theme rather than saying “Christmas” This is about the people in this Washington post article that threw Holiday Cards from the Whitehouse because they were not CHRISTMAS Cards.

To add gasoline to this fire, you only need to look to hate monger Jerry Falwall. How dare I say such a thing? Well, Evangelical Christian pastor Jerry Falwell had a message for Americans when it comes to celebrating Christmas this year: You’re either with us, or you’re against us.

What kind of “Christian” message is that? So here, Falwell is himself declaring “War” on every person of religious decent other than Christians. Is this a message that Jesus would wish him to convey? Of course what can you expect from a man that said g-d told him that September 11th was allowed to happen because of pagans, abortionists, homosexuals, ACLU, Feminist, etc. (I personally can still not even get close to understanding how an organization that is set up to defend the Constitution would even be on g-d’s radar screen. I can disagree with the others, but can more easily accept the “reasoning” based on moral principals, but the ACLU?)

American Family Association President Tim Wildmon, is another man of questionable Christian values. He, while speaking of the boycott of target stores, said nothing short of “Prominent Display of ‘Christmas’ will satisfy him. And if it is offensive to others? “They can walk right by the sign,” Wildmon said. “It’s a federal holiday. If someone is upset by that, well, they should know that they are living in a predominantly Christian nation.” Hence accordingly you can infer, that Christians should not turn the other cheek, but everybody else should. Again I ask, why are Christians complaining that there is a war on Christmas? Who declared war on whom? (the source for both the quotes from Jerry Falwell and Tim Wildmon are from a San Francisco Chronicle article.)

Now a more murky issue recently came up in Manhasset, New York, that may of you outside the NY/NJ Metro area may not have heard. At the tree lighting ceremony this year, Rev. Nick Zientarski gave the blessing of the tree. When he said, “Jesus Christ”, North Hempstead Supervisor Jon Kaiman apparently lost his mind (remember I mentioned the irrationals at the beginning of this post?), got up and told the crowd, “I just want to make it clear that this is in no way a religious ceremony.” People where in shock. Not just Christians, but everyone. It was inappropriate for him to do. Period. End of Story. Or so it should be. But no, now that this “Christian Fever” is spreading, every story includes a person like John Kiggins, owner of Manhasset Sporting Goods, who felt he needed to point out at the end of a statement in an article in Newsday, “…And the event was billed as a Christmas tree lighting. Had it not been billed that way, I probably wouldn’t have gone.” So if it was a “Holiday Tree” lighting, it would not have been as enjoyable to get out and see?

A little bit of History

Jesus was born in September and not December. It was during the days of Pope Damasus I , when the Roman Church was attempting to convert pagans and others to Christianity did the Christ Mass get put in December in direct opposition to the other holidays that were celebrated at the time, effective “stealing” the “Festival of Lights” and other holidays to insert their own.

The Reality of this Country

The United States is supposed to be free from religious persecution, not free from religious persecution as long as you are a Christian. I will not complain about you celebrating Christmas, but by all means, please refrain from shoving your beliefs down my throat. It is a holiday season for a great many religions. We are a nation of great many religions and beliefs. Every single one of them has a right to celebrate their holiday. With Christmas, Hanukkah, Kwanzaa and Yule (isn’t funny that at Christmas time, so many of them offer Yuletide greetings without realizing the meaning), the end of December is truly a Holiday Season.

It is a season to love your fellow man, but these Christian fanaticals apparently have forgotten that, and only love those that believe as they do, or will bend to their whims. To them I say, “Happy Holidays” 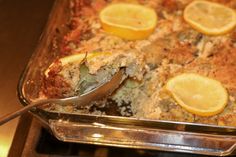