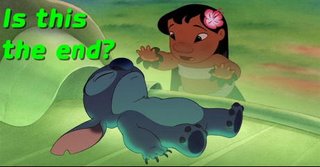 I (in case you haven’t noticed), have always been a big fan of Disney. This only increased with the birth of my daughter, as our television has rarely left the Disney Channel(s) since that time. And for the most part Disney during that time has left me very happy with quality programs (there are some notable exceptions, but I am not going to pick on them… at least not today).

What came as a shock to me, was when I first discovered last year about the “Rule of 65” that hovers over all of Disney Shows. I discovered this while looking for information about one of my daughter’s (and I must admit, I actually enjoy as well) shows, Kim Possible. At that time I came across the website, savedisneyshows.org, and it was there that I found out that this show had been cancelled. Why? It was one of Disney’s better rated shows on both Disney Channel and ABC, it had a tremendous following, and had even spawned toys, games, action figures, etc. But that wasn’t enough to keep it afloat.

Well, thanks to the efforts of people, and members e-mailing and writing Disney, Kim Possible was saved, but now the same fate is being faced by another hugely sucessful Disney Show, Lilo and Stitch. Disney has actually already wrapped up the show, with only 5 shows and unless we can save our o’hana, the upcoming movie “Leroy and Stitch” (due to be released spring 2006), will wrap up this 65 episode series, with no more new episodes to be seen or new experiments to be caught ever

Lilo and Stitch is far from the regular brainless cartoons that are out there right now (i.e. Brandy and Mr. Whiskers… oppps I promised I wouldn’t pick on these shows… oh well, just one quick mention). It is fun and enjoyable, but just as importantly, one (or more) of the characters learns a life lesson, that is taught without being overly obvious about it, and it stresses the value of family (even if it is dysfunctional).

So, I am asking all my loyal readers (yes, both of you), to go and help save Lilo and Stitch. Helping can be as easy as going to this form, that was created by the folks at lilo.savedisneyshows.org, to e-mail the powers that be to not cancel this excellent kids show. This weekend, in conjunction of the release of Lilo and Stitch on DVD in the UK, is being dubbed the “Save Lilo and Stitch Weekend Bash”, but there is no reason you need to wait until the weekend, whenever you have a momment, please take a momment to help.